Past and Current Projects 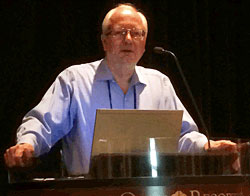 Jim Schwab Consulting LLC is a one-person firm with a modest mission and a relatively brief history. Its expertise, however, is built on Jim Schwab’s innovative, highly regarded 31-year affiliation with the American Planning Association, which ended May 31, 2017, when Jim chose to work independently with the freedom to spend more time on writing and volunteer work in addition to paid consulting projects. That employment, which ended with his nine-year tenure as manager of the APA Hazards Planning Center, is highlighted on this site’s Professional Background page.

Jim Schwab Consulting LLC now undertakes consulting assignments where Jim’s expertise can play a critical role in advancing the field of planning for natural hazards, usually by enhancing the resources available to professional planners and allied professionals for dealing with hazard-related challenges, or by using current planning practice to enlarge the scope of such planning for coming generations of planners. In the spirit of sustained creativity, what that mission means is something worked out with prospective clients on a case-by-case basis. Jim is not interested in the quantity of such projects, but in their quality. He wants to expand the mark he has already left on the field of urban planning.

If you have a proposal for consideration, contact Principal James C. Schwab, FAICP, at jimschwabfaicp@outlook.com.

Jim Schwab Consulting has joined a project team led by BNIM that will be working as of August 1, 2020, on comprehensive planning for two flood-impacted counties, Mills and Fremont, in southwest Iowa under a 19-month contract with the Iowa Economic Development Authority. Jim will be providing hazard mitigation and disaster recovery expertise and analyzing how those goals can be incorporated into comprehensive and other plans for the two counties, enhancing resilience and economic recovery.

Jim Schwab has been selected as an instructor for two courses on disaster recovery planning (209, 210) for FEMA’s Emergency Management Institute. As part of that process, Jim Schwab Consulting has completed SAM registration as a federal contractor as of July 2020.

Jim Schwab has also joined a team of 12 experts commissioned by two national organizations, Collaborative for Student Success and Center on Reinventing Public Education, to review school district reopening plans in an effort to highlight promising practices in meeting the challenges presented by COVID-19. This is a short-term effort in July and August of 2020, involving peer review of the plans in response to this extraordinary situation. 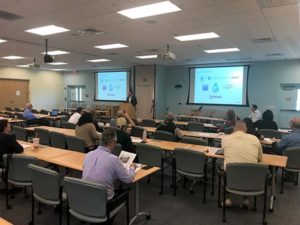 Immediately upon his retirement from APA, Jim was presented with a short-term agreement with APA to assist in the transition to new leadership for the Hazards Planning Center. Lasting into September 2017, this primarily consisted of three elements:

In November 2017, Jim undertook an assignment with the National Drought Mitigation Center, part of the University of Nebraska in Lincoln, through September 2018. NDMC sought to build out its GIS-based online resources for communities seeking planning resources and best practices in preparing for drought. The work involved a series of specific tasks conceived by Jim and worked out with NDMC staff to achieve this goal to construct a meaningful framework for identifying and properly categorizing such resources on a nationwide basis, recognizing the variations in state programs for facilitating drought mitigation and water planning.

In May 2018, Jim accepted an assignment with the Association of State Floodplain Managers (ASFPM) to assist and advise the effort to produce a Planning Advisory Service (PAS) Report on incorporating climate resilience into local government capital improvements planning. ASFPM partnered with the American Planning Association‘s Hazards Planning Center on the successful 2015 proposal to the National Oceanic and Atmospheric Administration (NOAA) under NOAA’s Coastal Resilience Grants program. PAS Reports are APA products intended to educate planners and allied professionals on various important planning topics. Jim was previously involved with this project through helping prepare the grant proposal, then as project manager for APA’s participation in the project while manager of the Hazards Planning Center, before retiring from APA in 2017. This project is now complete, resulting, among other things, in the publication by APA of PAS Report 596, Planning for Infrastructure Resilience, in January 2020.

Subsequently, Jim aided editorial production of an ASFPM guide on floodplain management for elected officials in November and December 2019. In January 2020, he also was one of three consultants hired to help ASFPM develop a four-hour training workshop based on the material in APA’s PAS Report 584, Subdivision Design and Flood Hazard Areas, spending a week at ASFPM’s Madison headquarters for the purpose.

Sustainable City Network hosted a 4-hour online course for anyone responsible for initiatives related to resilience and disaster recovery planning. In the first 2-hour session, Jim reviewed the overall concept of recovery planning and the need for widespread involvement by various sectors of the community. The second segment led participants through information gathering, assessing the scale and spectrum of the disaster, and how to involve the public in meaningful long-term recovery planning. 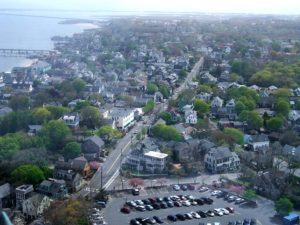 Since leaving APA, Jim has recognized that he is in a unique position to assist his profession and society in non-compensated roles. He is a strong believer in “giving back” after a highly successful career that has produced significant accolades. These efforts include:

For more biographical information on Jim Schwab, see his personal website at www.jimschwab.com.